A Willy Wonka-Inspired Restaurant Is Coming To Universal Studios 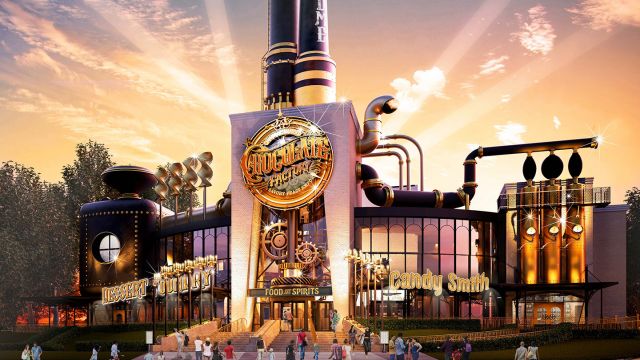 The Toothsome Chocolate Factory is said to "transport you into a 19th-century-inspired steampunk chocolate factory."

Ever watch "Charlie and the Chocolate Factory" and wish that you, yes you, could really go somewhere just like that? Well, Universal Studios is making that dream a reality — just don't forget your golden ticket.

A new Willy Wonka-inspired chocolate restaurant is coming to Universal Orlando. The Toothsome Chocolate Factory is said to "transport you into a 19th-century-inspired steampunk chocolate factory."

It is slated to open later this year, and menu items include milkshakes named Chocolate x5, Bacon Brittle and Espresso Buzzzz, and sundaes like Salted Caramel Flan, Chocolate Brownie Bark and S'mores.

The restaurant will cater to more than just your sweet tooth, as Universal Studios promises it will feature "unique twists" on steak, seafood, pasta, burgers, sandwiches, salads and more.

Now, while there won't be any chocolate lakes or oompa loompas running around in this chocolate factory, a chocolate-themed restaurant sounds A-OK to us.