A Ton Of CA Independents Joined An Ultraconservative Party By Mistake 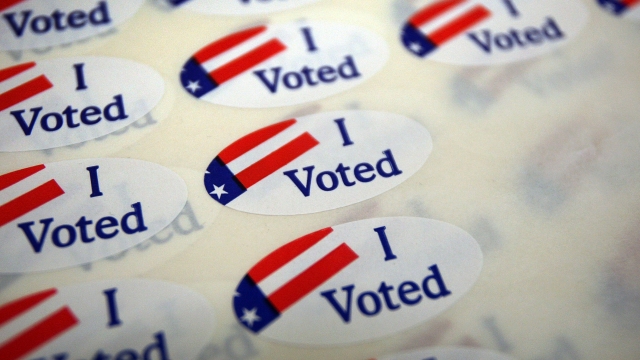 The American Independent Party, an ultraconservative political party in California, is growing at a pretty fast rate.

But, according to a new report from the Los Angeles Times, more than half of those new members may have joined by mistake.

In case you aren't aware of its platform, the American Independent Party, or the AIP, opposes abortion rights and same-sex marriage and supports the idea of building a wall along the U.S. border.

The minor party has dubbed itself "the fastest growing political party in California," with half a million members to date. And thousands of people may have contributed to that number by accident when they were registering to vote.

According to the Los Angeles Times report, the majority of the AIP's members thought they were registering as independent voters. The correct box on the registration form for that reads "no party affiliation."

But a survey commissioned by the LA Times found thousands of voters were confused by the use of the word "independent" in the AIP's name and checked that box instead. Whoops.

One of those accidental AIP members told the outlet, "I just blew it. There were a number of choices. I just checked the box that said 'independent.'" But she's apparently in good company.

Some celebrities with known Democratic leanings, including Demi Moore, Emma Stone and Sugar Ray Leonard, were reportedly all listed as members.

And it turns out the error could have some big consequences in the upcoming California Democratic primary.

Independent voters can vote in the state's primary, but those registered with the AIP can't. Fortunately, voters still have time to change their registration before the May 23 deadline.