A Reindeer Might Have Caused Siberia's Sudden Anthrax Outbreak 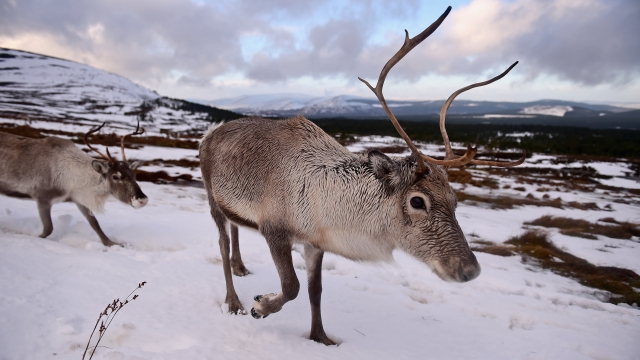 Local officials say they believe a reindeer died from anthrax decades ago. And thanks to a heat wave, the carcass thawed and released anthrax spores.

An anthrax epidemic is wreaking havoc in western Siberia 75 years after the most recent outbreak.

And scientists believe a thawed reindeer carcass may be to blame.

According to Russian media, officials say they believe the animal in question died from anthrax decades ago. And thanks to a heat wave currently affecting the normally cold region, the carcass thawed and released anthrax spores.

The highly contagious disease quickly made its way to the Yamal Peninsula's reindeer population, killing more than 1,500 of the animals. And it soon reached the humans around them.

The Siberian Times reports as of Monday, at least 72 people — 41 of them children — are under observation in the hospital.

Doctors have confirmed eight of those patients have anthrax, and a 12-year-old boy has died.

Anthrax is caused by bacteria called Bacillus anthracis. Both humans and animals can contract the disease by coming into contact with its spores. They can be breathed in, contaminate food and drinks, and enter open wounds.

Anthrax can stay dormant in dead bodies for years and spread to any living organisms they're exposed to. And depending on the type of exposure, the mortality rate varies from 20 to 80 percent.

Officials in Yamal say a mass vaccination of reindeer in the area is now underway.

This video includes clips from Ямал Регион, Russia 1 and the Centers for Disease Control and Prevention and images from Press Service of Yamalo-Nenetsk Governor's Office and Getty Images. Music provided courtesy of APM Music.