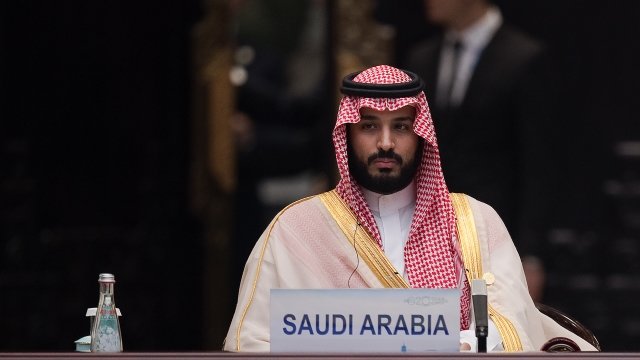 He's a 33 year-old leader in Saudi Arabia, and depending on who you talk to he's either a great reformer or the next Vladimir Putin. So who is Crown Prince Mohammed bin Salman?

Known informally as MBS, he was promoted to crown prince in June 2017. He spent much of the previous decade working in a couple government adviser roles.

Since his promotion, the 33-year-old has been credited with many positive social reforms in Saudi Arabia, including lifting the country's movie ban, allowing women to attend some sports stadiums, and reversing the ban on female drivers.

But during the same time, he's been behind harsh crackdowns in the country. Multiple women's rights activists were detained during the summer of 2018. They were accused of having "suspicious contact with foreign parties" and local media portrayed them as "traitors."

MBS also spearheaded what was sold as an "anti-corruption purge." The effort targeted hundreds of people, including many of the country's most rich and powerful. They were detained not in a prison, but in a luxury hotel where they reportedly earned their freedom by buying their way out.

That initiative earned him a comparison to Russia's Vladimir Putin from Jamal Khashoggi, the journalist the Saudi government is accused of murdering.

As crown prince, he's also maintained his position as the country's defense minister. In that role, he's been called the "driving force" behind the Saudi intervention in Yemen. That war started in 2015, and a U.N. report accuses all sides of committing war crimes.

MBS is first in line to become the next king of Saudi Arabia, succeeding his father and current leader, King Salman.