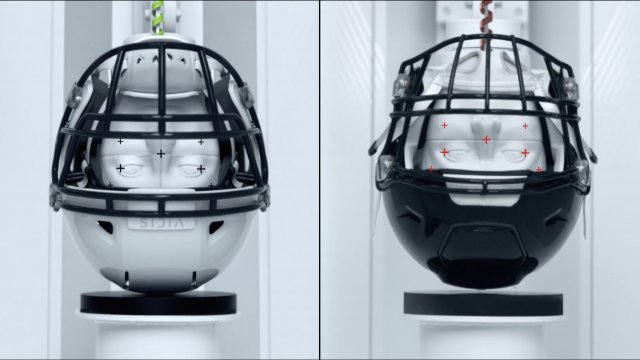 SMS
This New Helmet Could Be A Game Changer In Football Safety
By Gabrielle Ware
By Gabrielle Ware
September 11, 2017
It costs three to five times as much as other helmets, but it could be the safest on the market.
SHOW TRANSCRIPT

It’s the start of football season, which for some means beer, bets and tailgates.

But the season can also bring major health risks for players, including concussions. Now, one company hopes to change that.

Vicis, a startup out of Seattle, created a new helmet that absorbs some of the impact taken from blows during play. It's called the Zero1.

The NFL tested 33 different types of helmets. Each was supposed to soften the head impacts that could cause concussions in players.

The Zero1 was most effective. And Vicis says 70 NFL players have started wearing the helmets. 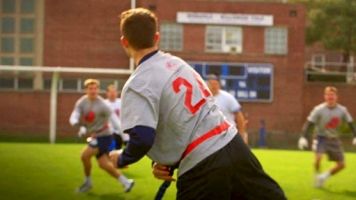 A New Football League Hopes To Be A Faster, Safer Version Of The NFL

Several Kansas City Chiefs wore the helmet in their season opener, and Chiefs quarterback Alex Smith was even an initial investor in Vicis. Wide receiver Chris Conley said about a hit he took while wearing helmet: "I mean, I felt the hit. But I wonder what it would have felt like in an old helmet."

A safer helmet could give football organizations a much-needed lifeline — the sport's concussion problem has been getting a lot of attention recently, and there was even a movie about the discovery of the problem. The degenerative brain disease chronic traumatic encephalopathy, or CTE, was recently found in 99 percent of deceased former NFL players tested.

CTE has been linked to a slew of problems including dementia, depression, suicidal actions and loss of impulse control. In 2009, for the first time ever, the NFL acknowledged that concussions can have lasting effects on players.

At $1,500, The Zero1 costs three to five times as much as existing helmets. And even at that price point, the Chiefs' team doctor David Choa says no helmet can eliminate concussions completely. But some football enthusiasts believe the Zero1 is a step in the right direction.