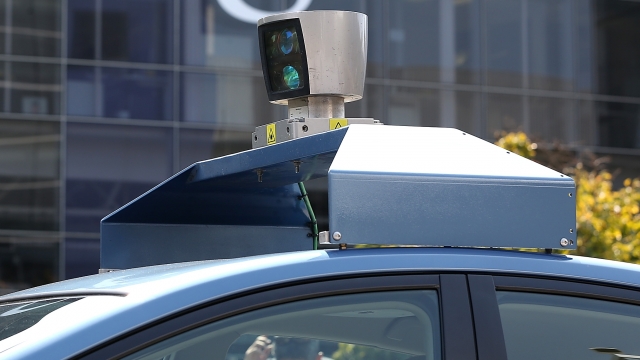 SMS
A National Law On Autonomous Cars Is Probably A Long Way Off
By Eugene Daniels
By Eugene Daniels
September 17, 2016
With no national guidelines on self-driving cars, cities and states have to make their own decisions.
SHOW TRANSCRIPT

Autonomous cars seem like they're about to change our driving lives forever, letting us take naps on the way to work or finish that essay before class. But first, we need that pesky government approval, and that's not looking too great.

As companies like Google continue to test autonomous cars on the streets and ride-hailing companies start piloting the cars, local governments are all over the place with regulations. It shows us a firm national consensus might not be all that easy.

Take, for example, Pittsburgh, which allowed Uber to launch driverless cars earlier this week. Yeah, that means grabbing an Uber after a night out could grant you a visit from a car with an empty driver seat. But a safety driver will ride shotgun for now.

But in Chicago, the city council is considering a preemptive ordinance that would completely ban self-driving cars from the road. One of the backers of the measure said, "We do not want the streets of Chicago to be used as an experiment that will no doubt come with its share of risks, especially for pedestrians."

The Department of Transportation is doing research on autonomous cars, but it hasn't given any guidance to help states make decisions as the new-ish tech gains more traction. And there aren't national laws on this tech. So that leaves it up to cities and states, causing confusion for consumers and the companies piloting driverless cars.