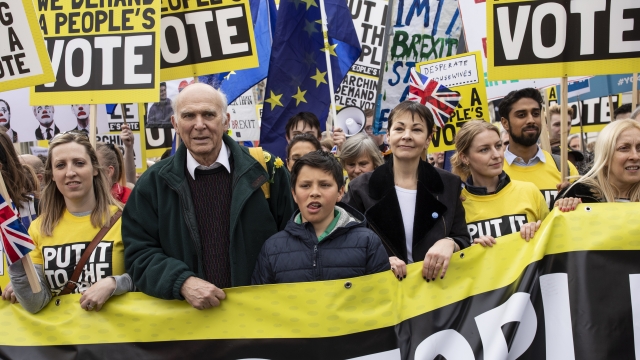 Anti-Brexit protest organizers say a million people are marching through central London to call for a second Brexit referendum, part of a campaign called "Put It To The People."

Prime Minister Theresa May has been struggling to solidify a plan for Britain's departure from the European Union. Her two attempts to push plans through Britain’s parliament have failed, and she recently told members of Parliament she won't schedule a third unless it has the votes to pass.

Some critics of Brexit say the decision should be placed back in the hands of citizens, whose views may have changed with more information regarding the departure.

A speaker at the rally told the BBC that a second referendum is "the only way forward." An online petition to cancel Brexit broke records after more than 4.3 million people signed it.