Which 'Qualifying Polls' Does The DNC Use To Name Debate Candidates? 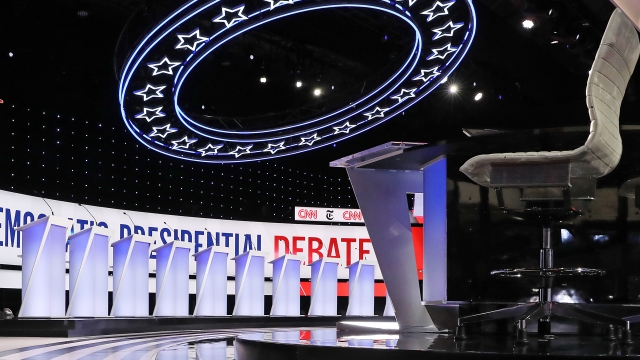 Poll numbers play a key role in determining which presidential candidates make the debate stage, but not all polls are created equal. We're going to take a look at a few groups on the Democratic National Committee's approved pollster list and explain why they're considered reputable.

The DNC's qualified poll list is made up of largely two types of sponsors: media organizations and universities.

Quinnipiac is one of the university-based pollsters the DNC accepts. The agency is a well-known group that conducts both national and state-level surveys. Typically, Quinnipiac University Polls gather responses from a random group of over 1,000 registered voters, and respondents are contacted on the phone using either landlines or cellphones.

The DNC-approved poll list includes representation from all the big news networks and a handful of key newspapers. Fox News' poll methodology says it aims for about 1,000 responses to its surveys, and interviewers randomly call both landlines and cellphones. Polls done by The New York Times have also contacted people by phone, but recent examples show the number of people contacted for each survey varies.

The reliability of public opinion polls depends on a number of factors. If the questions use biased language, that can impact how people respond. If the demographics are off or if the sample size is too small, then the results won't be a representative sample of the larger population.

Presumably, the DNC wants to rely on poll numbers that are representative of American voters. So the committee's decision to accept results from more than a dozen polling entities should help it achieve that.