A Look At The Amazon Fund, A Key Money Source For The Rainforest 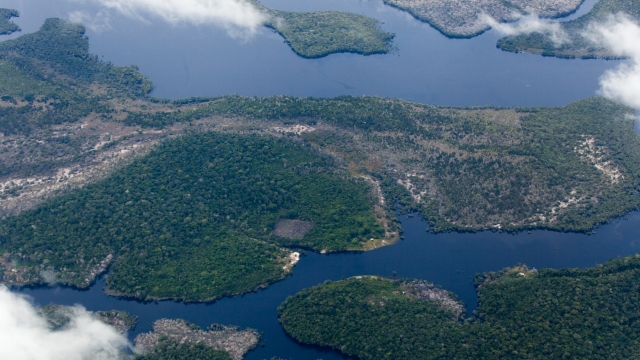 As the effects of the Amazon's record-breaking wildfires continue to spread, some focus is turning to the money needed for the rainforest's recovery and protection.

Brazil often takes the lead in caring for the rainforest, as a majority of it lies within the country's borders. The Amazon Fund is one key entity focused on the health of the basin, and it started in 2009 as an agreement between Norway and Brazil. At the end of last year, the fund had taken in over $1.3 billion in donations. Ninety-three percent of those came from the Norwegian government.

The Amazon Fund focuses on sustainable use of the region's resources as well as preventing, monitoring and combating deforestation. The program has helped increase sales and production of native products, support indigenous communities and improve the monitoring of deforestation.

But the fund is not immune from controversy. Norway and Germany recently started withholding donations to it. Both countries are upset about an increase in deforestation in Brazil and changes to one of the two committees that governs the Amazon Fund.