How Healthy Is The Notorious RBG? 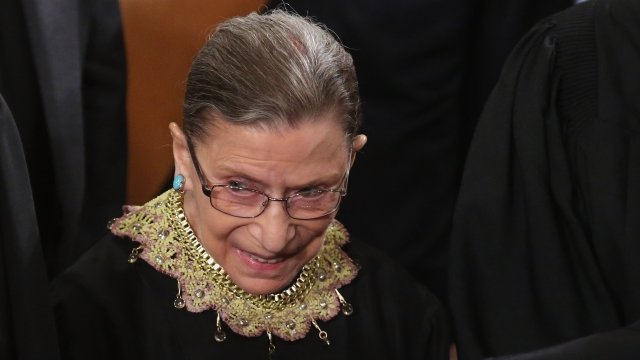 SMS
How Healthy Is The Notorious RBG?
November 8, 2018
At 85, Justice Ruth Bader Ginsburg is the oldest member of the Supreme Court.
SHOW TRANSCRIPT

As the oldest member of the Supreme Court, Justice Ruth Bader Ginsburg's health is a national point of interest.

The 85-year-old has said she'll stay on the court as long as she can do the job "full steam." But she's had a few health problems over the years.

In 2014, she had a stent placed in one of her coronary arteries. And on Thursday, she was hospitalized with three fractured ribs after a fall.

Despite those challenges, "the Notorious RBG" has kept up with her notoriously hard workout routine. Her long-time trainer says it plays a key role in her staying strong.