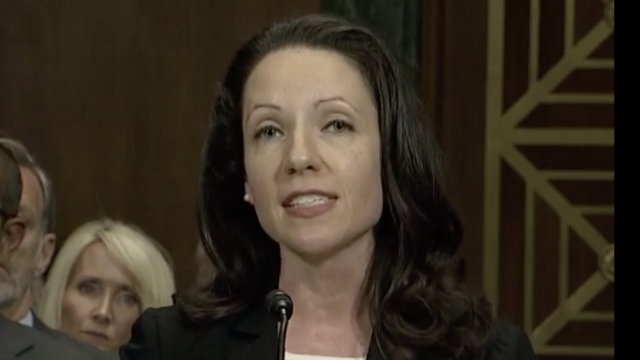 President Trump is narrowing his list of Supreme Court picks, and says age is a factor and that younger nominees could serve for decades.

Federal judge Allison Jones Rushing certainly has age on her side.

At 38 years old, Rushing was confirmed along a party line vote to the Virginia-based 4th circuit court of appeals last year.

Before her rise to the federal courts, the North Carolina native clerked for Associate Justice Clarence Thomas and then-appellate Judge Neil Gorsuch, before his Supreme Court appointment.

Her career focused mostly on appeals as a partner for the DC-based Williams and Connolly. She filed more than 45 briefs with the Supreme Court including cases on posting the 10 commandments in public places and the legality of state grants to churches.

But it’s an early internship with Alliance Defending Freedom, a nonprofit Christian legal organization, that’s caught the eye of critics.

While considered a champion of conservative legal battles by some, the group has been criticized for its staunch anti-LGBTQ stances and has been designated as a hate group by the Southern Poverty Law Center.

If appointed, the president can expect push back from Democrats on Rushing’s ability to judge matters fairly regarding the LGBTQ community.