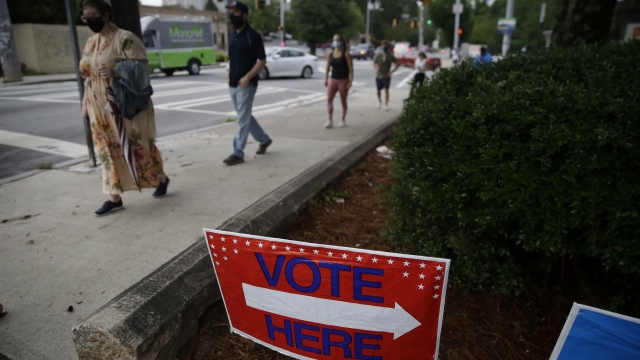 Criticism has swirled around Georgia since Republicans passed the "Election Integrity Act of 2021" on March 25.

So what does the new law include?

The earliest a Georgia voter can request an absentee ballot under the new law is now 78 days before the election, down from the old system of 180 days. And voters will need to include their driver's license number and a photocopy of their license or a state-approved ID when they request a mail-in ballot.

All counties are required to put out at least one ballot drop box though the law adds a limit on the total number of drop boxes that can be used. The boxes must also be under constant surveillance by an election official, law enforcement or a security guard.

The law bans people from handing out food or water to voters as they wait in line, a past practice some viewed as a violation of electioneering laws.

It also gives the state legislature control over who leads the State Election Board, a position previously held by the Secretary of State automatically.

For ballot counting, elections officials will be allowed to start processing absentee ballots two weeks before Election Day. And the certified results are due by 5 p.m. the Monday after the election.