Court That Ruled Against Trump Could Face Breakup 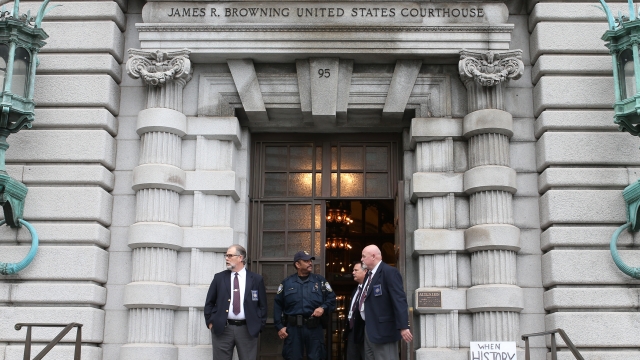 On Thursday, the 9th U.S. Circuit Court of Appeals ruled against President Trump's request to reinstate the travel ban.

A three-judge panel ruled unanimously against the Trump administration's request. The panel was comprised of judges appointed by one Republican and two Democratic presidents.

The judges said the U.S. government had not "shown a likelihood" that it could win an appeal. They also said the government didn't show that not reinstating the ban would "cause irreparable injury."

The ruling will likely give Republican lawmakers more momentum for something they've tried to do for years — break the court into two.

"The 9th Circuit covers 1 in 5 Americans. ... The average turnaround time exceeds 15 months. And now if excessive delays weren't bad enough, it turns out that the 9th Circuit is overturned by the Supreme Court 77 percent of the time when the Supreme Court grants cert," Sen. Jeff Flake, Republican of Arizona, said on the Senate floor Feb. 2.

Flake and his colleague from Arizona, Sen. John McCain, reintroduced the legislation last week. A similar piece of legislation was introduced in the House by Arizona Rep. Andy Biggs in January.

Both bills call for a 12th Circuit Court of Appeals to be created with jurisdiction over Arizona, Alaska, Idaho, Montana, and Nevada. The Senate bill also calls for the state of Washington to be included in the 12th Circuit.

Other bills concerning the 9th Circuit were introduced by senators from Montana and Alaska and a congressman from Idaho. 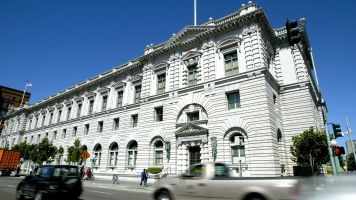 As The Wall Street Journal pointed out earlier this month, people have been trying to split the court for over 70 years due to its size and its reputation for liberal rulings.

A 1998 report from a commission formed to look at restructuring federal courts of appeals recommended against splitting the 9th Circuit Court of Appeals.

Republicans now control both houses of Congress and the White House, so the legislation could have a better chance at advancing.

Even before the ruling, Trump seemed skeptical of the court.

"I listened to a panel of judges and I will not comment on the statements made by certainly one judge. ... I don't ever want to call a court biased so I won't call it biased, and we haven't had a decision yet but courts seem to be so political. And it would be so great for our justice system if they would be able to read a statement and do what's right and that has to do with the security of our country which is so important," Trump said Wednesday.

And he doesn't seem pleased with the court's ruling, tweeting shortly after the court handed down its decision, "See you in court, the security of our nation is at stake!"