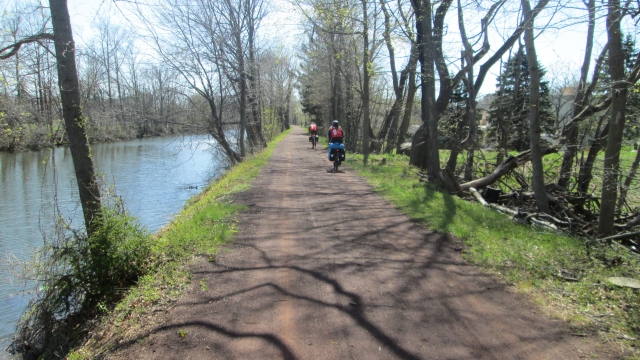 For many, remembering the lives lost in the September 11 terrorist attacks of 2001 is a never-ending journey. But it is a journey David Brickley is hoping more people can take together.

"We had to find a way to meld our love for trails and greenways with recognizing this horrific event," Brickley, Founder and President Emeritus of the September 11th National Memorial Trail Alliance said.

Just days after the attacks 19 years ago, Brickley pitched the idea of creating a trail system linking the three locations of the attacks.

"A trail of remembrance to honor those heroes of 9/11," Brickley said.

One of the biggest challenges in making the 9/11 trail a reality was finding ways to connect it with existing trails like the Mount Vernon trail here in Washington, D.C. Connections like this one make the trail safer for cyclists, runners and hikers wishing to travel the entire length of the trail.

"The challenge is working at different localities. We've got 1,300 miles, going through five states through multiple localities, and each one operates a little bit differently. And so we've got to go through that. But having said that, they literally have been a joy to work with," Brickley said.

Brickley says that while the trail system is already accessible, he and his team hope to create an entirely off-road trail as well as a companion on-road route in the future. But that isn't their only hope. Brickley and his team are also trying to secure a national memorial designation from Congress, an honor never before granted to a trail system, so that everyone who travels it…

"...can tell the story of 9/11 to their kids and their kid's kids, and remember what has made America a very special country. What we're all about, with endurance, the perseverance that we've all had to make as an American society," Brickley said.