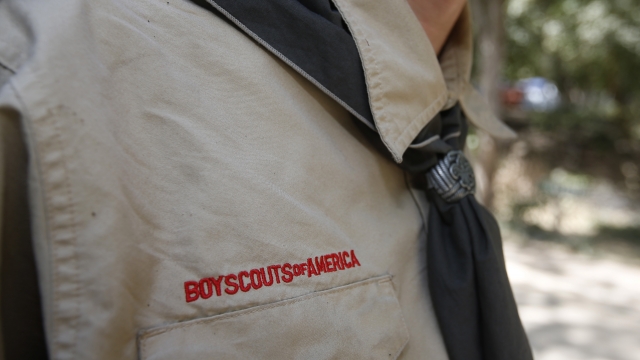 A group of lawyers says about 800 men have come forward in recent months with allegations they were sexually abused when they were Boy Scouts.

The group, called Abused in Scouting, made the announcement during a press conference Tuesday. Attorneys told reporters those former scouts identified at least 350 alleged abusers who don't appear in the Boy Scouts' disciplinary files.

The lawyers started gathering these accounts while preparing a lawsuit, which they filed on behalf of a single anonymous client Monday. The suit alleges the plaintiff was assaulted hundreds of times over the course of several years by a Boy Scout leader in Pennsylvania.

The news comes as the Boy Scouts is considering bankruptcy. A bankruptcy filing would temporarily halt the numerous lawsuits the organization is facing and block new ones.

Abused in Scouting told The Washington Post it has sent the allegations it's compiled to the Boy Scouts so the organization can report the abusers to law enforcement. The Boy Scouts told the outlet it has done so about 120 times.