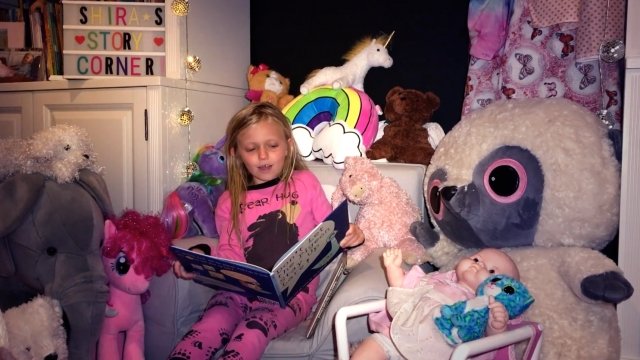 SMS
This Little Girl Makes YouTube Videos Of Her Reading For A Good Cause
By Melissa Prax
By Melissa Prax
January 8, 2018
Shira Josephson is only 8 years old but has a huge heart.
SHOW TRANSCRIPT

This 8-year-old reads to help kids she's never met. With the help of her mom, Shira Josephson reads stories in YouTube videos she makes for children too sick to have visitors at the hospital.

Shira's Story Corner — her YouTube channel — was born after she was a junior ambassador at a Los Angeles children's hospital. She reads children's books from her bedroom filled with stuffed animals. 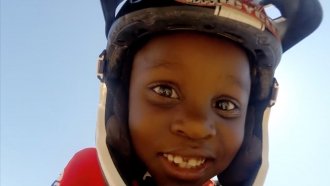 A 6-Year-Old Girl Is Taking On The BMX World

"Today, I will be reading my own book, which I wrote myself, and it's called 'The Girl on the Subway,'" Shira said.

Proceeds from "The Girl on the Subway" go to Children's Hospital Los Angeles. Shira said she plans to write another book soon.

And if you aren't already inspired, Shira's mom says there's plenty that adults can learn from her daughter.

"I'm reminded daily not to lose that childlike spirit and can-do attitude," Brooke Josephson said. "Too often as adults we build defense mechanisms, become hard, cynical and jaded, and she still has that spark I don't want to lose just because I'm a grown-up."

Shira plans to read more this year and has even gotten some requests.