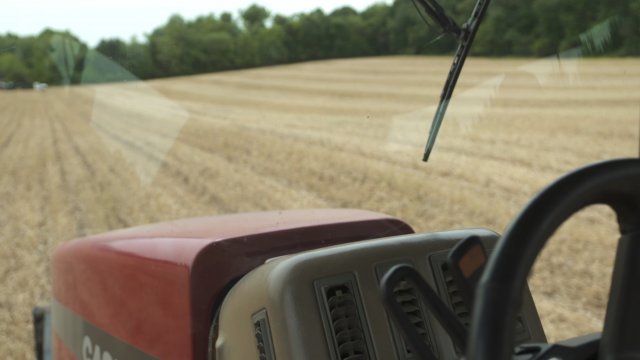 U.S. taxpayers will spend another $16 billion to relieve farmers impacted by the trade war with China, the USDA announced Thursday.

That aid is in addition to billions of dollars already given to farmers suffering losses from tariffs imposed by China and other countries on soybeans and other crops.

The intensifying trade war with China has caused the price of soybeans to plunge to their lowest level in a decade.

Half of U.S. soybean exports go to China, but that market has all but dried up after China slapped a 25% tariff on the crop last summer in retaliation for tariffs on other products enacted by the Trump administration.

China is now buying much of its soy from Brazil and other markets outside the United States.

Newsy requested data from the USDA using the Freedom of Information Act to see who has been receiving payments as part of the Market Facilitation Program, a fund designed to help farmers squeezed by retaliatory tariffs. It shows more than $7.7 billion in aid going to just over half a million farms.

Roy Stanley is planting more than 2,000 acres of soybeans this year on his farm in Damascus, Maryland. The data show he has received more than $120,000, but he expects a loss of almost four times that this year.

"We're going to try to be more efficient so we can stay in business. We may or may not be able to. Time will tell," he said.

Mapping the payments by ZIP code shows most of the money going toward the hard-hit Midwest, with Illinois, Indiana and Minnesota at the top of the list.

The USDA made aid available for nine different commodities, but 87% of the payments went toward soybeans, another sign the tariffs are dealing its heaviest blow to that crop.

China says it's responding to tariffs installed by President Trump.

Stanley says he supports the president 100%, even though his actions against China threaten the future of his farm.

"We're looking at the big picture," Stanley said. "We think China was taking advantage of the United States through intellectual property and other thefts, so the farmer is willing to take the hit."