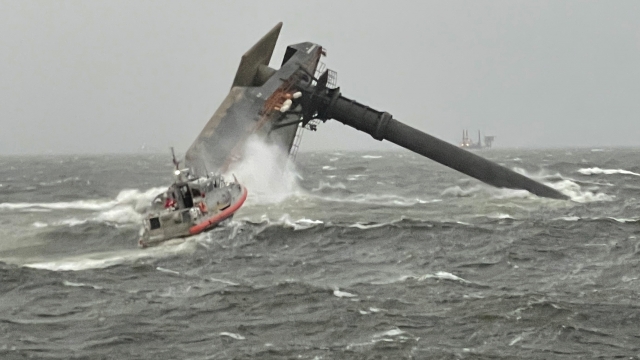 Six people were rescued from a commercial lift boat that capsized off the coast of Louisiana last night.

The Coast Guard says it's still searching for more people who were on board. It's unclear how many people were on the ship when it overturned.

An agency spokesperson says a "microburst of severe weather" may be what caused the ship to capsize.