How 5G Technology Will Change Your Neighborhood 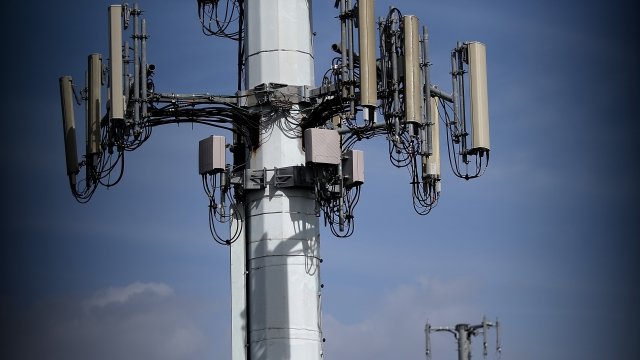 People aren't happy with the hardware for new 5G cellphone technology. Problem is, it's unclear who gets to decide where, when and how it's delivered.

The next generation of wireless communication is just starting to get rolled out. It's called 5G, and it could change the entire landscape of your neighborhood — for better or worse. According to an investigative report by the Center for Public Integrity, people are not happy with the new hardware. The problem is, it's unclear who gets to decide where, when and how 5G is going to be delivered.

Devan is up before the sun to host and produce Newsy's "The Day Ahead." She is an award-winning journalist, movie and TV buff, and Philly sports fan. Devan worked in the entertainment industry in Los Angeles and New York before deciding to leave screenplays for broadcast copy. She received her master's degree in journalism & public affairs from American University in Washington D.C., and hasn't stopped going Live since. Devan is happy to swap her hometown Philly cheesesteaks for Chicago deep-dish and loves calling the Windy City home. For news with a dash of humor, occasional Game of Thrones theories, and funny GIFs, follow Devan on Twitter @DevanKaneyTV. @DevanKaneyTV