Study Finds US Overdose Deaths Have Been Increasing For Decades 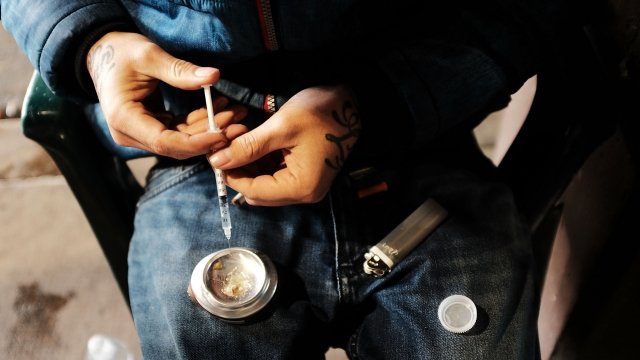 SMS
Study Finds US Overdose Deaths Have Been Increasing For Decades
By Ahmed Jawadi
By Ahmed Jawadi
September 20, 2018
​Researchers think the recent opioid epidemic may be part of a larger, ongoing process.
SHOW TRANSCRIPT

A new study published Thursday says U.S. drug overdoses have been growing exponentially for decades, regardless of which drug was the leading cause.

Researchers analyzed nearly 600,000 accidental overdose deaths in the U.S. from 1979 to 2016. They examined factors like what drug contributed to the most deaths in a given year, where the deaths occurred and which populations were the most affected. They found that - despite changes in which drugs were causing the most deaths and which demographics were most affected – the mortality rate grew consistently year after year.

The researchers came to the conclusion that the recent opioid epidemic may just be part of a larger ongoing process. They aren't quite sure why overdose deaths are steadily increasing, but theories range from an increase in people feeling a lack of purpose to more efficient drug manufacturing and trafficking methods.

If the root causes aren't identified and ultimately addressed, researchers say the upward trend will continue even if opioid use declines.

More than 70,000 people died from overdoses in 2017, according to preliminary data from the Centers for Disease Control and Prevention. Opioids, including prescription opioids, heroin and fentanyl were the leading causes, contributing to nearly 48,000 overdose deaths.