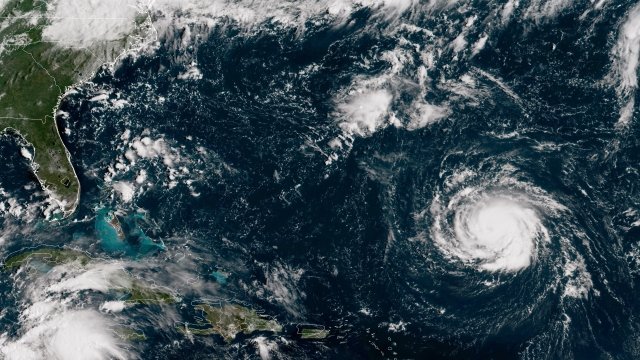 Hundreds of thousands of people are under evacuation orders in Virginia and the Carolinas as Hurricane Florence gets closer to its anticipated landfall later this week.

Florence intensified to a Category 4 hurricane Monday, with maximum sustained wind speeds measuring around 140 mph. The National Hurricane Center predicts the storm will continue to strengthen as it moves across the Atlantic, possibly building up to a Category 5 as early as Tuesday.

It's expected to make landfall somewhere over the Carolinas on Thursday.

The governors of Maryland, Virginia, North Carolina and South Carolina have all declared states of emergency.

The U.S. Navy also ordered all ships docked in the area to leave port and wait out the storm in the Atlantic.

If Florence ends up making landfall on North Carolina, it could be one of the strongest storms on record to directly hit the U.S. that far up the East Coast.