What Happens When A Hurricane Stalls 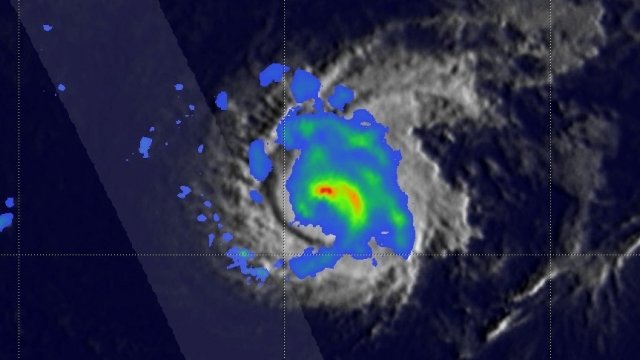 Forecasters say Hurricane Florence could stall right as it makes landfall, like Hurricane Harvey did in 2017. This could lead to even more rain.

Hurricane Florence is approaching the East Coast, and according to official forecasts it might not move on when it arrives. Instead, it might stall — and dump dangerous amounts of rain.

If the trade winds that push a storm around weaken, or if a high-pressure weather system sits like a speed bump in the path of the storm, it can slow down or stall. This happened to Hurricane Isaac in 2012 — and to Hurricane Harvey in 2017.

As we saw with Harvey, slower storms have more time to drop rain. And when a storm's high winds linger over an area, they make storm surge worse.

Hurricanes May Be Getting Slower, Making Them Even More Destructive

Hurricanes and other tropical cyclones don't move as fast as they used to — and slower-moving storms have the potential to dump a lot more rain.

This water is more deadly than wind or debris. A review of five decades of past storms shows that storm surge and rainfall account for more than 75 percent of deaths during hurricanes.

Now, meteorologists say a high-pressure block over the eastern U.S. could slow Florence way down when it makes landfall. The National Hurricane Center forecasts that the slower storm could bring as much as 40 inches of rain in places.

As of Wednesday, officials up and down the east coast have ordered mandatory evacuations for at-risk regions. Government forecasters warn the threat from rain and flash flooding could extend into next week.