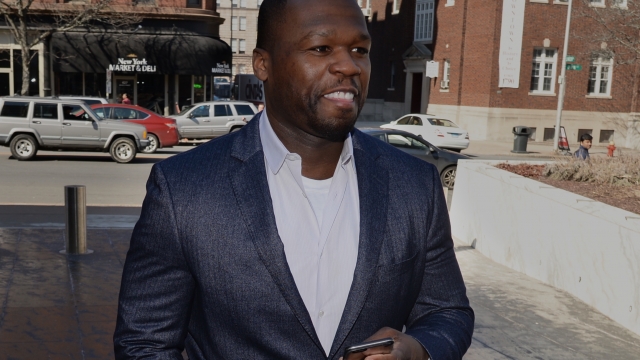 SMS
50 Cent Says He Posed With Fake Money To Protect His Brand
By Samantha Crook
By Samantha Crook
March 11, 2016
Rapper 50 Cent defended his bankruptcy case in court after a judge saw photos of him on social media with stacks of, allegedly fake, cash.
SHOW TRANSCRIPT

50 Cent says the stacks of money he took pictures with after filing for bankruptcy are fake.

This week, he's been posting pictures on Instagram depicting poverty, lamenting a court's recent inquiry into his finances.

50 Cent filed for Chapter 11 bankruptcy last summer after a woman claimed the rapper posted a sex tape of her online and won millions in court.

The Wall Street Journal reports the woman hasn't been able to collect the money because of 50 Cent's bankruptcy status, and she brought the court's attention to his social media posts.

According to The Journal, 50 Cent defended putting pictures up with allegedly fake money in a court filing earlier this week, saying they are a vital part of his personal branding.

He claimed: "As a hip-hop artist and entertainer, it is imperative that I continue to project aspirational goals of success. ... Just because I am sensitive to the needs of maintaining my brand does not mean that I am hiding assets or that I have lied on my filings to this bankruptcy case."

"You get a bull's-eye painted on your back. You know, when you're successful, it's publicly noted you become the ideal person for people to have lawsuits for," 50 Cent said on TBS' "Conan."