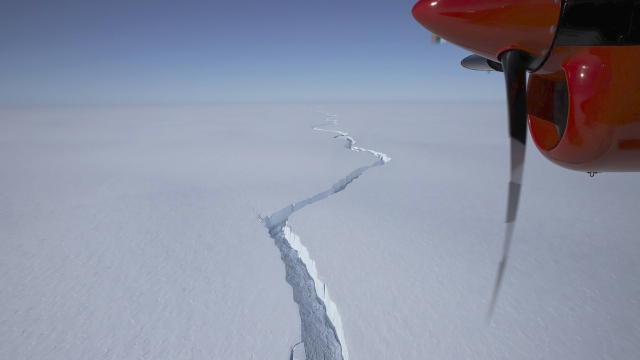 SMS
490-Square-Mile Iceberg Breaks Off Antarctica
By Newsy Staff
By Newsy Staff
March 2, 2021
Experts say iceberg break is not related to global warming but part of a natural process where ice flowing on land meets the ocean.
SHOW TRANSCRIPT

An iceberg bigger than the size of New York City has broken off Antarctica's Brunt Ice Shelf. It spans 490 square miles.

British researchers say it's something they've been anticipating for years. The last time a major chunk of ice broke off in the area was in the early 1970s.

Experts say this doesn't have anything to do with global warming and is just part of a natural process where ice flowing on land meets the ocean.