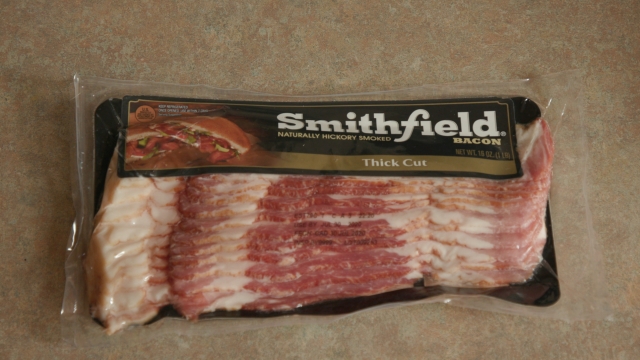 It began Monday. Multiple employees at Smithfield’s Tar Heel plant posted this photo on a group Facebook page — an announcement that the plant was shutting its kill floor for the rest of the week without explaining why. This is where hundreds of employees remove organs and separate them.

But before the day ended, employees say they heard from managers that the notice had been rescinded. And when employees called the phone number listed they got this message:

“All shifts and all personnel report as normal Tuesday, April 28."

It’s the latest example of what several employees say has been chaos at the Tar Heel plant as more and more workers test positive for COVID-19. 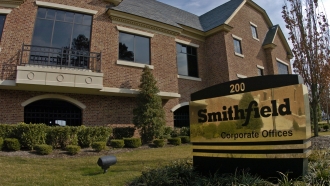 Last week, Newsy exclusively confirmed at least 13 cases had been tied to the Tar Heel plant, the world’s largest pork producing plant. Today, that number has more than tripled. Local health officials in Cumberland, Columbus, Hoke and Robeson counties have confirmed at least 44 people tied to the plant have tested positive for COVID-19. Forty-three are employees; one case is a relative of one of those workers.

Bladen County, where the plant is located, has seen a rapid increase in positive cases, from four to 18 in a week. Local health officials would not say if any of those cases are tied to the Tar Heel plant, citing privacy concerns.

Newsy has spoken to 10 employees across different departments. They all raised concerns about a lack of transparency by the company.

This employee tested positive for COVID-19 in mid-April. She agreed to speak with us on condition that we alter her voice for fear of repercussion from the company.

She is quarantined at home and is receiving the promised 14-day quarantine sick pay from Smithfield.

On its website, Smithfield says it's instituted a list of measures for employees who test positive for COVID-19, including "asking to identify all coworkers with whom they have worked in close proximity in the last 14 days. The company will notify these team members without identifying the employee."

This employee says that was not her experience.

When she reached out to Erica Hoover, the director of HR at the Tar Heel plant, and reported her positive test, she said there was no response for several days. Newsy viewed the text messages she sent to Hoover.

"She asked me, like, my my employee ID. She asked me my name," said the employee we spoke to. "But she didn't ask me how far, who I came in contact with on the line."

Newsy spoke with one other employee who tested positive, and they, too, said no one from the company followed up to ask whom they had been in contact with. Another employee who tested positive last week did say the company asked about contact tracing. Newsy reached out to Erica Hoover but did not receive any response to a request for an interview.

Without clear information about the spread at the plant, employees say they are now taking precautions on their own.

This man, who also asked to have his voice altered, says he stayed home for a month without pay to avoid putting his family at risk.

"I've been trying to quarantine myself with my family with all this. That's why I said when I went back Monday, I seen all, just knowing and seeing all that stuff from people going in and out of HR, because I was at HR for eight hours. Seeing people coming in sick, people coming in talking about they been around people who tested positive," said the employee we spoke to.

On his first day back at work, he shot this video showing a line of workers waiting to speak with human resources. He said he and others were seeking answers about COVID-19 cases.

Smithfield declined our request for an interview and referred us to their website and a press release from last Friday. They did not confirm the 44 positive cases Newsy has identified at the Tar Heel plant or respond to any of the concerns about the lack of transparency or lack of contact tracing raised by employees who work there.

In its press release, Smithfield says, "We are doing everything in our power to help protect our team members from COVID-19 in the workplace." The company has released an app for communicating with employees, but workers told us that the app doesn’t provide any information about positive cases inside the Tar Heel plant.

Multiple employees confirmed Smithfield has added hand sanitizer stations throughout the Tar Heel plant, provided masks, installed plexiglass dividers, and they are doing temperature scans for everyone leaving and entering the facility.

The Tar Heel plant processes about 35,000 hogs a day and employs more than 4,000 workers. According to the Centers for Disease Control and Prevention, there is currently no evidence to support the transmission of COVID-19 through food.

If you are a Smithfield employee interested in talking to Newsy about your current experience at the plant, you can do that here.