40 Years Ago, 'E.T.' Was A Turning Point In Science Fiction 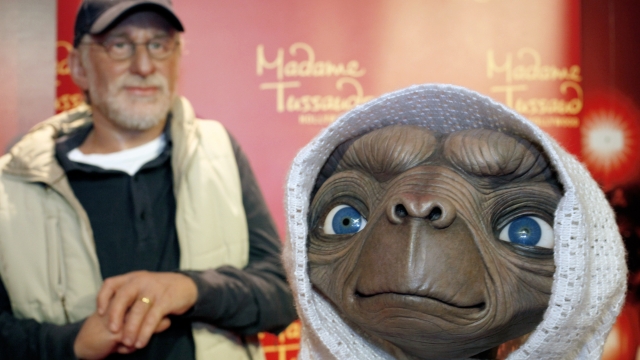 SMS
40 Years Ago, 'E.T.' Was A Turning Point In Science Fiction
By Casey Mendoza
By Casey Mendoza
June 9, 2022
Though sci-fi is a common and popular genre in current times, "E.T. the Extra-Terrestrial" was a game-changing film 40 years ago.

"E.T. the Extra-Terrestrial" debuted 40 years ago this week, introducing the world to one of the most recognizable little aliens in pop culture.

The film tells the story of a friendship between a lost alien and a young boy. It made more than $790 million in the global box office, making it the highest-grossing film of the '80s, and it was nominated for nine Academy Awards, winning four for best sound, sound editing, visual effects and original score.

Critics lauded "E.T." for its childlike, heartfelt whimsy. That stood apart from other science fiction films of its era, like the gritty, post-apocalyptic "Blade Runner" and "Mad Max," or science horror films with terrifying monstrous beings like "The Thing" and "Aliens."

The blockbuster success of the movie showed general audiences that aliens could be cuddly and family-friendly instead of just monsters from another world. Decades later, E.T.'s "successors" are showing up in films like "Lilo & Stitch" and TV shows like "The Mandalorian."