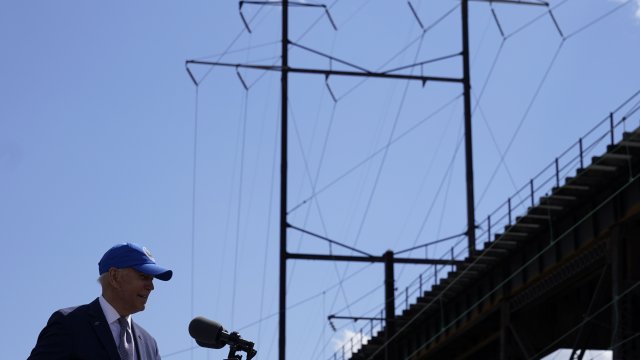 The Biden administration says that kind of spending is necessary for a post-pandemic nation.

"I think what the public is seeing is America is on the move again," White House Chief of Staff Ronald Klain said. "And these common-sense measures to give people some help with their child care, some money to help raise their kids, is the kind of common sense action they want to see their country take now."

Republicans support some spending but are pushing back on the size.

“When I look at this it’s a staggering amount of spending like someone with a new credit card, and these are for things that we don't necessarily need, we certainly can't afford, but they're going to delight the liberal left of the party," Sen. John Barrasso said.

How to pay for it? Some are worried about deficits, but the Biden administration says raising taxes on corporations and those making more than $400,000 will help cover it.

"There will be a big return," Treasury Secretary Janet Yellen said. "I expect productivity to rise. There will be great returns from investing in research and development and enabling of families to participate with paid leave and child care support in the workforce."

A new ad campaign to convince Americans was launched by the White House.

"You won't hear him yelling or sending angry tweets, because for Joe Biden actions speak louder."

The nation isn’t so sure. According to a new ABC News-Ipsos poll, only about 52 percent are convinced the federal government *should spend to revitalize the economy, even if it has to raise taxes.