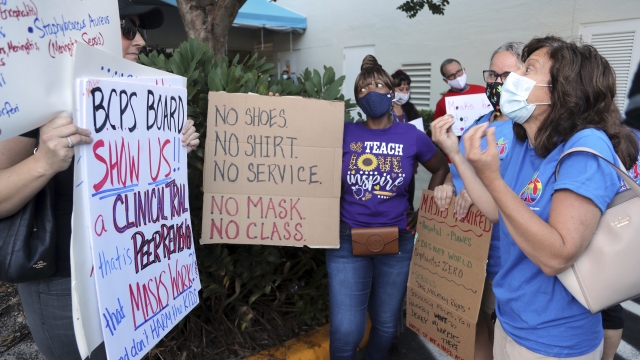 Four staff members in the Broward County School district in Florida – the sixth largest school district in the country – died from COVID within a 24-hour period. That's according to the teacher union.

Earlier this week, the school board upheld its mask mandate despite Governor Ron DeSantis' executive order banning them from being required in schools.

DeSantis has reportedly walked back his threat to withhold the salaries of school leaders who enact mask requirements, acknowledging he doesn't have the power to do so. However, he could still fine school districts.

Mask rules have drawn fierce protest, including takeovers of school board meetings, from activists who worry about side effects, question the need and say the decision should be left up to parents. 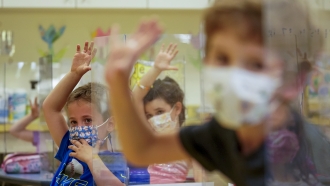 Though children are less likely to suffer serious health effects as compared with the elderly, the latest COVID wave hammering Florida is also fueling an “enormous increase” in cases among children, many of whom are sicker than doctors have seen previously, the chief medical officer at one of the state’s top children’s hospitals said Wednesday.

DeSantis, for his part, said the numbers of hospitalized kids are on the rise because total coronavirus cases are up. “There’s been no change in the proportion of pediatric patients who are COVID positive,” he said.

At least three Florida school districts appear to be defying DeSantis’s executive order forbidding masks, including the second-most-populous county in the state and another around the state capital. Classes are set to begin next week.