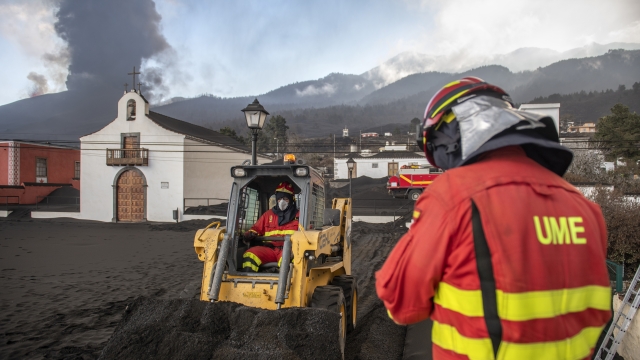 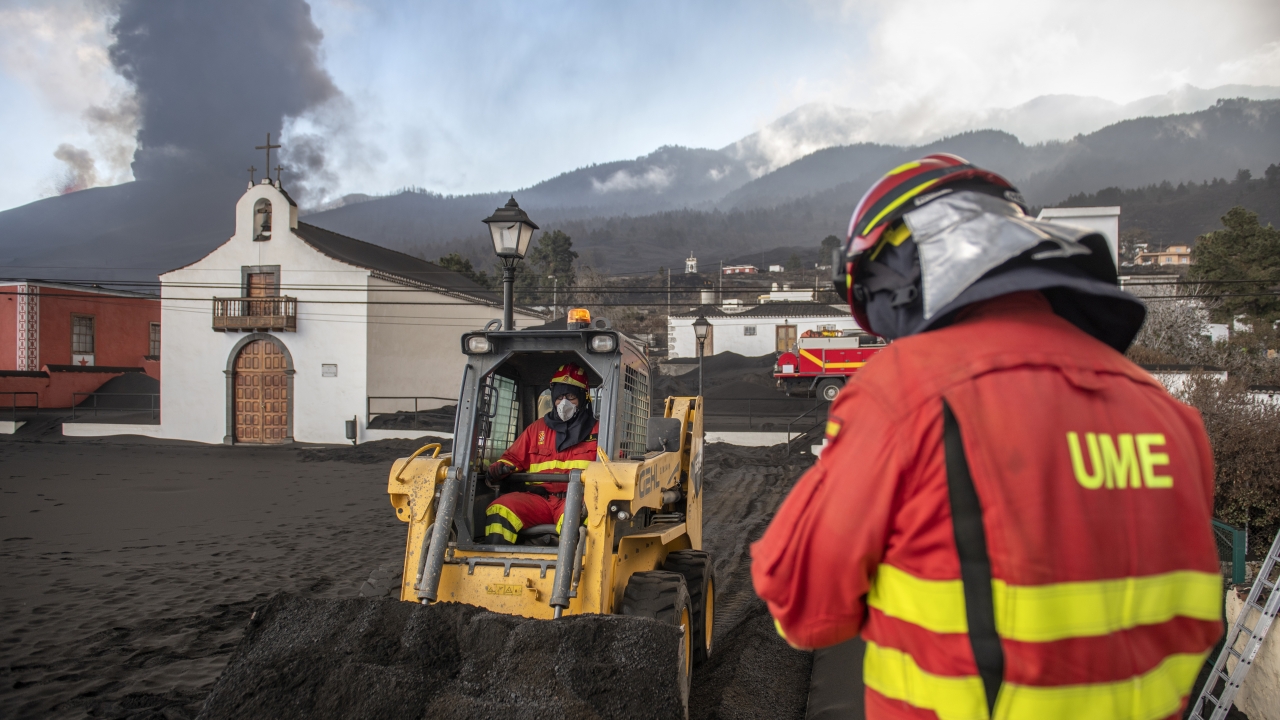 A 4.5 magnitude earthquake shook La Palma in Spain's Canary Islands in what was the strongest recorded temblor since volcanic eruptions began 26 days ago, authorities said Thursday.

The quake was one of around 60 recorded overnight, Spain's National Geographic Institute said, as the Cumbre Vieja volcano continued to spew fiery rivers of lava that are destroying everything in their path and dumping molten rock into the Atlantic Ocean.

The lava has partially or completely destroyed more than 1,600 buildings, about half of them houses, officials said, though prompt evacuations have so far prevented any deaths. Around 7,000 people have had to abandon their homes, 300 of them Thursday.

"This is definitely the most serious eruption in Europe of the past 100 years," Canary Islands President Ángel Víctor Torres said.

The flow from three rivers of molten rock broadened to just over a mile, the La Palma government said, but their advance has slowed to a crawl.

Hard, black lava now covers 1,665 acres on the western side of the island, authorities said, though most of La Palma is unaffected.

Authorities advised locals against traveling by car because volcanic ash was ankle-deep in some places. The volcano's plume was about 8,500 feet high as of Thursday.