Nearly A Third Of Birds In U.S. And Canada Have Disappeared Since 1970 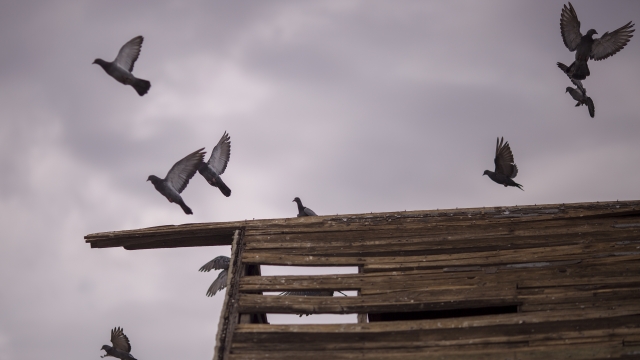 SMS
Nearly A Third Of Birds In U.S. And Canada Have Disappeared Since 1970
By LeeAnne Lowry
By LeeAnne Lowry
September 20, 2019
This new data comes from a study that surveyed hundreds of species.
SHOW TRANSCRIPT

Since 1970, nearly a third of birds in the U.S. and Canada have disappeared from most biomes. That's almost three billion birds.

This new data comes from a study that surveyed hundreds of species, released on Thursday by the journal Science.

According to Popular Science, today's extinction rate is estimated to be 1,000 times greater than it was before humans. The authors of the study say that focusing only on extinct species hasn't painted a full picture, since there has been significant loss across the board.

The National Audubon Society says there's a variety of causes for the loss, but they're all related to humans. The organization's president David Yarnold said in a statement: "The connection between birds and humans is undeniable — we share the same fate. This is a bird emergency with a clear message: the natural world humans depend on is being paved, logged, eroded and polluted."