39 Missing Children Found, 9 Arrests Made In 'Operation Not Forgotten' 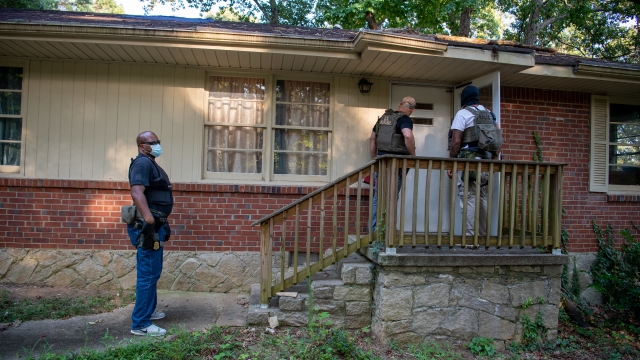 More than 30 missing children have been found in Georgia. A special operation rescued children ranging in ages from 3 to 17 years old, many of them victims of sex trafficking.

Over the course of two weeks in August, the U.S. Marshals Service, alongside other agencies, carried out "Operation Not Forgotten" in Atlanta and Macon.

During a press conference Thursday, U.S. Marshals Service Director Donald Washington said nine people were arrested and of the 39 children saved, 15 were victims of sex trafficking.

Washington said around 300 young girls in Atlanta are brought into sex trafficking every month.

"My message to the missing children and their families is very simple and that is the way we look at fugitives: We will never stop looking for you," Washington said. "Our children are not for sale, and they are not ever forgotten."

The agency has recovered more than 1,800 missing children since 2005.

"Sex trafficking can be in many ways a hidden crime, one that lives in the shadows," Georgia Attorney General Chris Carr said. "I always go back to the fact that if we can save one child from a life of abuse or sex trafficking, we've done our job and this operation did that for many, many children."