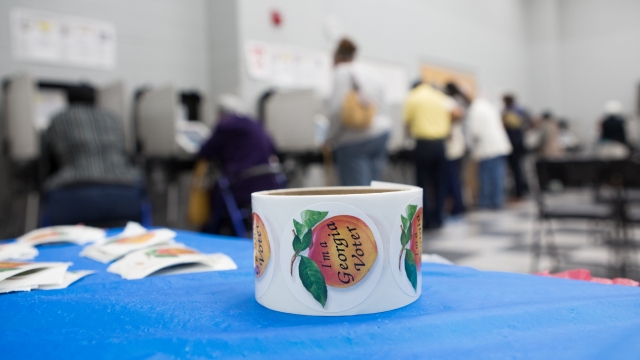 Earlier this year, Georgia passed a provision that would require the state to remove registration records from the voter rolls if they have been deemed inactive for more than three years. The Secretary of State's office categorized a voter as "inactive" if they haven't voted in two general elections without contacting the board of elections.

The decision comes with pushback from voting rights groups. Fair Fight Action, a group launched by former Georgia lawmaker Stacey Abrams, filed an emergency motion earlier this week aiming to block a portion of the removal. Specifically, the group is challenging the removal of 120,000 voters due to inactivity since the 2012 presidential election.

A spokesman for Fair Fight Action said in a statement, "In our view, it is a First Amendment right not to vote, and it is unconstitutional to take away a Georgian's right to vote simply because they have not expressed that right in recent elections."

States are required to routinely update their voter rolls, but groups like Fair Fight Action say the way Georgia is going about the process will disproportionately affect minorities. Abrams, a Democrat who ran for governor in 2018, has alleged she lost the race due to voter suppression.

Georgia is the second state to recently remove thousands of voters. Earlier this week, a Wisconsin judge ordered the state to remove about 234,000 registered voters. That case is now heading to federal court.

The presiding judge in the Georgia case said he will consider reinstating purged voters in time for the state's next election.