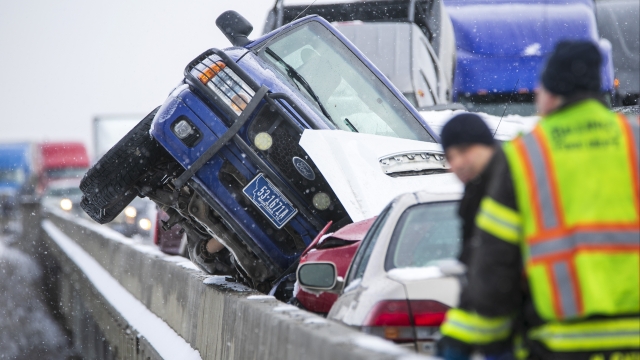 The two jumped from the Yellowstone River Bridge about 100 feet to avoid getting hit by an incoming car. Authorities say they should recover.

Other minor injuries were reported in the 30-vehicle pileup on Interstate 90 near Billings, Montana that one driver described as "like bumper cars."

The Montana Highway Patrol attributed the crash to ice on the bridge.

A spokesman for the Montana Department of Justice later said to CNN: "The cause appears to be the whiteout/zero visibility conditions brought on by a sudden snow squall."

The stretch of highway has since reopened.