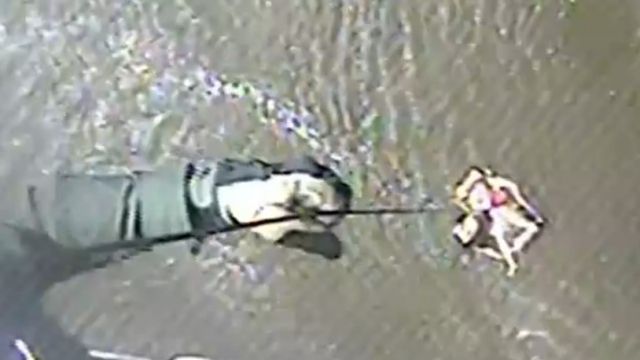 Searchers recovered the bodies of three missing boaters Sunday after two vessels collided on a Georgia river, bringing the crash's death toll to five people. One of the surviving boaters was charged with boating under the influence.

Two people were found dead shortly after the Saturday collision on the Wilmington River near Savannah, authorities said. The bodies of the three missing people were recovered Sunday morning, Georgia Department of Natural Resources Sgt. Cindy Miller told WTOC-TV. They were found in water about 14 feet deep, and in close proximity to each other, authorities said.

One of the boats had six people aboard and the other carried three people, the U.S. Coast Guard said in a statement. At least four people were taken to hospitals, authorities said.

Mark Christopher Stegall, 45, has been charged with boating under the influence, Mark McKinnon of the Georgia Department of Natural Resources told WSAV-TV.

No lawyer who could speak on Stegall's behalf is listed in Chatham County Jail booking records.

The names of others involved were not immediately made public.

The crash is the second involving a boat and serious injuries on the Wilmington River this month. A local businessman was killed May 5 when a boat he was aboard struck an unlit channel marker near the Savannah Yacht Club and he was hit on the head by an unknown object, authorities said.

Saturday was the start of the long Memorial Day weekend, one of the busiest of the year for recreational boaters.