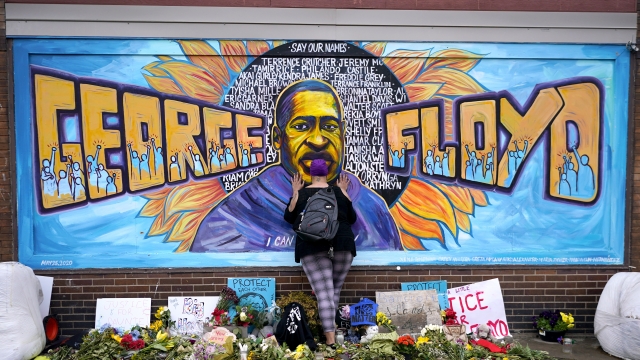 A rally will be held Sunday afternoon in downtown Minneapolis.

The George Floyd Memorial Foundation will mark the anniversary beginning this weekend with multiple events.

A rally will be held Sunday afternoon in downtown Minneapolis, followed by a "virtual day of action" Monday and the final remembrance event on Tuesday, titled a "celebration of life."

George Floyd's sister, who started the foundation, spoke about what May 25 means to her.

"As close as the day comes I get a little stronger than I was last year … been through so much, said Bridgett Floyd. "Had no choice but to be strong and carry this weight and carry this position that God has put me in. I didn't see it coming, none of us did.”

As we near the one-year anniversary, two organizations are marking the moment by displaying George Floyd-inspired murals.

"Memorialize the Movement” and "Save the Boards" have been collecting murals for the last year.

This weekend, 200 of the 800 collected will be on display in a free exhibit near George Floyd Square in Minneapolis.