A Second Whistleblower Has Come Forward About Trump's Ukraine Call 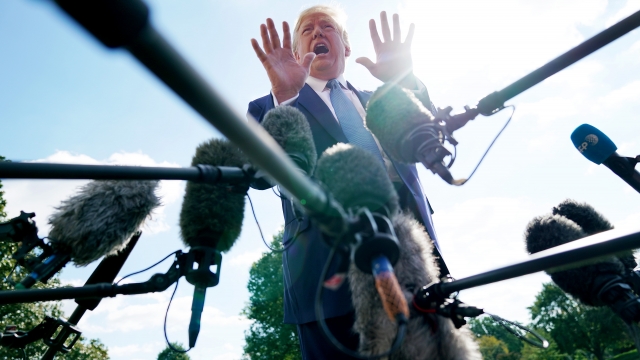 A second whistleblower has spoken with the intelligence community's internal watchdog about President Donald Trump's call with Ukraine. That was confirmed Sunday by a lawyer representing the first unnamed whistleblower.

Attorney Mark Zaid told ABC that he is now representing the new whistleblower. He said this second person is also an intelligence official. Zaid told The Associated Press that the official has firsthand knowledge that supports the original whistleblower's complaint but they haven't filed a new one.

That first complaint accused President Trump of trying to get a foreign country to investigate one of his political rivals, former Vice President Joe Biden. The president has denied any wrongdoing.

President Trump alleges Biden was inappropriately involved in the firing of Ukraine's top prosecutor, who he says was investigating the Ukrainian company Biden's son was working for at the time.

President Trump tweeted about reports of the new whistleblower Saturday, saying they come from the "Deep State" with "secondhand info."