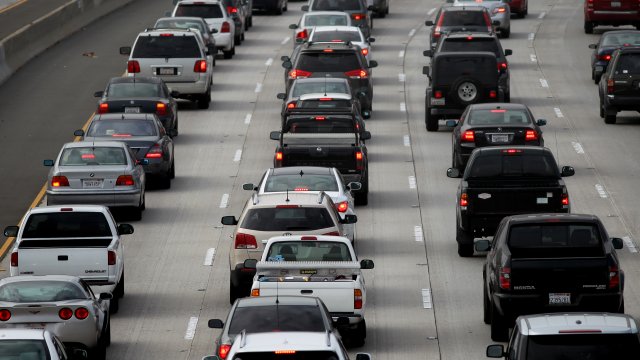 Nearly two dozen states are suing the Trump administration over its decision to revoke California's authority to set its own fuel efficiency standards.

A coalition of 23 states and three cities filed the lawsuit on Friday. They're seeking a court order to block the move, which was made by the Department of Transportation and the Environmental Protection Agency.

California Gov. Gavin Newsom said in a tweet about the suit: "Trump's latest move is bad for our air. Bad for our health. Bad for our economy. We will see him in court."

President Donald Trump announced the controversial plan in a tweet of his own on Wednesday. He said the decision was made "in order to produce far less expensive cars for the consumer, while at the same time making the cars substantially SAFER."