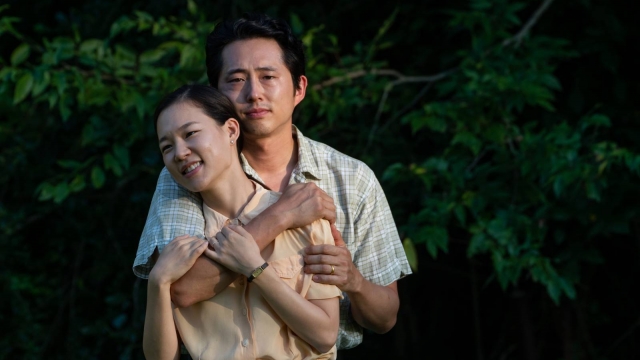 A Newsy examination finds all eight movies up for Best Picture this year meet the diversity standards that'll take effect in 2024.

This year's Oscar nominees are the most diverse in the award show's history.

This watershed year could become the norm once the Academy's new eligibility standards for the best picture category go into effect in 2024.

There are multiple ways each of the four standards can be met, and movies only need to fulfill two of the four to be considered for best picture. The rules are lengthy, but they basically boil down to benchmarks covering on-camera talent, composition of film crews, opportunities for interns and apprentices, and the diversity of studio executives.

Those standards are designed to get more people of color, as well as more women, members of the LGBTQ community and people with disabilities involved in the filmmaking process. But critics like April Reign — who started the #OscarsSoWhite movement in 2015 — worry they don't go far enough.

Reign: "It sounds like another good step forward. But when you really, again, pull the curtain back, you can see that films like 'Gone With the Wind,' which weren't exactly very sensitive with respect to Black people, would still qualify under this new rubric."

We wanted to see how many of the 2021 best picture nominees would pass the upcoming inclusion standards. Turns out all eight movies meet at least two of the guidelines.

"Judas and the Black Messiah" and "Minari" easily meet the on-screen representation requirement by featuring at least one lead or supporting actor of color. And "Sound of Metal's" main storyline is centered on the deaf community.

Although "Mank" stars mostly White actors, it employed enough women behind the scenes to meet the 30% threshold. And the film was financed and distributed by Netflix, which offers internal development programs focused on inclusion.

And "Promising Young Woman" and "Nomadland" both get points for employing female producers and directors.

Reign: "When we look at the new requirements that the Academy has put out with respect to the Best Picture nomination, one wonders what process they went to to land where they did, because of the amazing amount of loopholes that really don't change anything when all is said and done."

We reached out to the Academy for comment but did not hear back. It's unclear how it plans to confirm that movies really are meeting the thresholds they say they are or why it decided not to apply the standards to other specialty feature categories like Best Animated Feature Film or Documentary Feature.

But Reign thinks the push for increased representation in Hollywood needs to go beyond eligibility standards for award shows.

Reign: "The issue starts on the page with the studios. The Academy is the end of the road. … we really need to be putting more of the onus on Hollywood itself — on the studios like 20th Century and Paramount and Universal — to ask them to be more equitable and more inclusive in their hiring processes in front of and behind the screen."