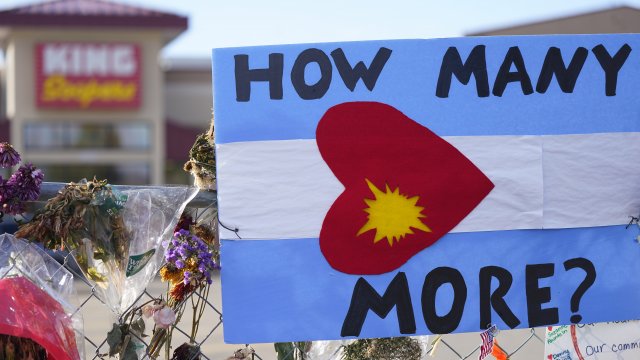 According to the Gun Violence Archive, at least 147 mass shootings have occurred in 2021, and it's only April.

That number only includes incidents with a minimum of four victims.

Last month, a gunman in Atlanta killed eight people at three massage businesses. Seven of the victims were women and 6 were Asian. The suspect claimed he was motivated by his sex addiction, but officials are skeptical.

Just one week later, a shooter killed 10 people at a supermarket in Boulder, Colorado. One of the victims was a police officer. The suspect has been charged with 10 counts of first-degree murder.

And in Orange, California, a gunman killed four people and critically wounded a fifth at an office building on April 1. Authorities say the suspect knew all the victims and chained the building's entrance gates shut before he started shooting in an attempt to delay police from getting inside.