The 2020 Trump Campaign Is Spending Big At Trump's Businesses 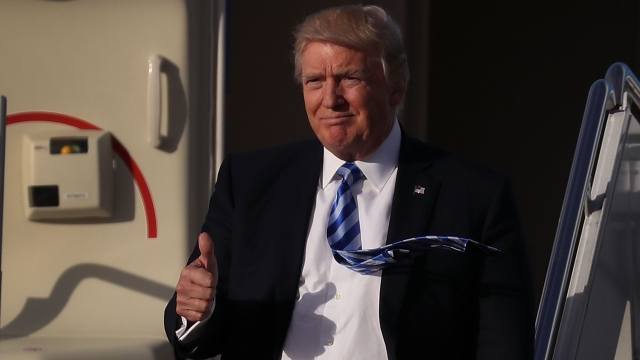 Since Inauguration Day, President Donald Trump has spent a lot of time and campaign money at his own hotels and resorts.

Trump's 2020 re-election campaign has spent almost half a million dollars at businesses at least partially owned by the president.

Since Trump has chosen not to fully divest himself from his businesses, some of that money is going right back into his own pocket. While that's a clear conflict of interest, it's not a new issue.

Trump often hosted campaign events at his properties, and foreign diplomats have previously said they stay at his Washington, D.C., hotel to try to curry favor. Ethics experts have called on Trump to separate himself from his company since he was elected.

Trump also spends lots of time at his Mar-a-Lago resort as president. As of April 13, he'd spent more than a quarter of his time in office either traveling to or staying at his so-called "winter White House."

The club is still open to the public, and having the president visit may be a big selling point. Mar-a-Lago's initiation fee doubled to $200,000 after President Trump was elected.