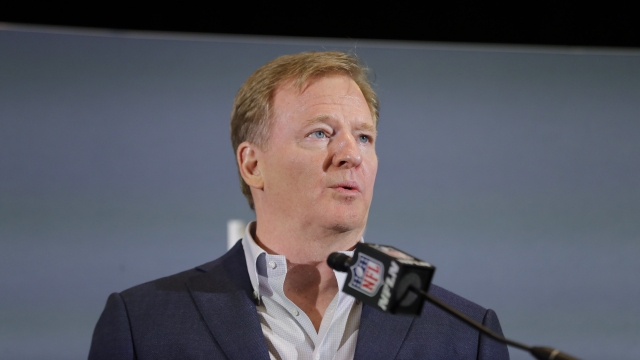 SMS
The 2020 NFL Draft Will Be 'Fully Virtual'
By Gage Jackson
By Gage Jackson
April 6, 2020
The NFL had already ordered the closure of league facilities, and personnel have been told to communicate virtually throughout the draft.
SHOW TRANSCRIPT

Well, the 2020 NFL draft will proceed as scheduled — but it won't look like last year's.

Commissioner Roger Goodell announced in a memo to all 32 NFL teams that the draft will move to a "fully virtual format" due to the coronavirus pandemic.

Team personnel are being advised to remain remote throughout the three-day event and use phone and internet communication.

But what will a virtual draft even look like? Players won't be nervously waiting in green rooms for their names to be called or getting their pictures taken on stage with the commissioner. But according to NBC's Peter King, the broadcast could resemble a COVID-19 telethon, with celebrities and players urging viewers to donate to coronavirus-related causes.