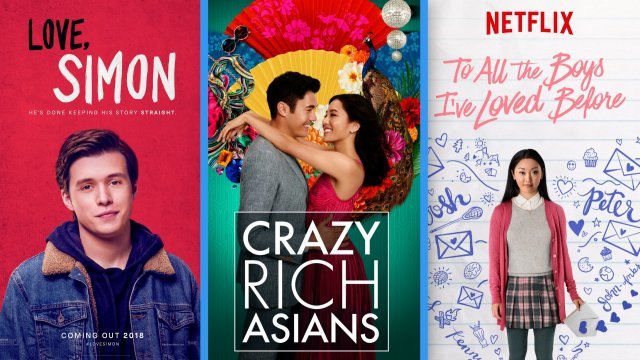 SMS
Rom-Coms Have Gotten A Makeover — And Now They're Winning Viewers Back
By Casey Mendoza
By Casey Mendoza
September 11, 2018
Films like "Crazy Rich Asians," Love, Simon" and "To All The Boys I've Loved Before" are popularizing romantic comedies again.
SHOW TRANSCRIPT

Since 2013, countless outlets and critics have declared the romantic comedies of Hollywood dead. Back in March, even Newsy got in on covering the downfall of the genre.

None of us were necessarily wrong at the time. But now, rom-coms have gotten their makeover treatment — and that means they're ready to get back out there.

"Crazy Rich Asians" is the most notable example of this. In less than a month, the film became the most successful Hollywood studio rom-com in nine years — as well as the first rom-com since "Pretty Woman" to top the box office three weeks in a row.

Other big rom-coms this year include "Mamma Mia: Here We Go Again" and "Love, Simon." The latter film is the first major studio rom-com to feature a gay teen protagonist.

Beyond the big screen, rom-coms are also garnering cult followings and critical acclaim on streaming platforms.

Earlier this summer, Netflix told Glamour nearly two-thirds of its global audience streamed a romance film in the last year. That's more than 80 million user accounts, and it means the company will likely spend more money on the genre in the future.

Two of its recent hits — "Set It Up" and "To All The Boys I've Loved Before" — are original rom-coms, and the latter could be getting ready for a highly-anticipated sequel. 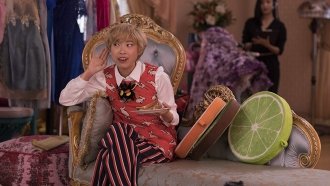 Critics say these new rom-coms are more nuanced and inclusive than the rom-coms of the 90s and 2000s.

Characters are more relateable and representative; plotlines are less cookie cutter; and instead of focusing solely on relationships or tropes, modern rom-coms are also offering more commentary on things like sexuality and culture.

Because of this, critics are saying that rom-coms never died in the first place. Audiences may have temporarily fallen out of love with them, but the genre seems to be winning them back.