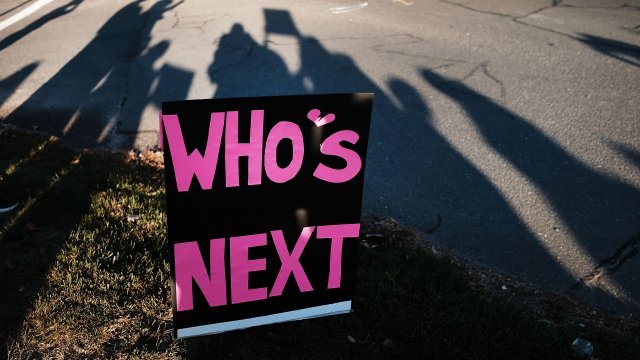 SMS
2018 Has Seen At Least 5 School Shootings In Just A Month And A Half
By Jake Jones
By Jake Jones
February 14, 2018
The shooting in Florida on Wednesday was the fifth intentional shooting at a school in less than two months.
SHOW TRANSCRIPT

In the first month and a half of 2018, there have been at least five intentional shootings at schools that resulted in death or injury.

Most recently, at least 17 people were killed and at least 14 injured by a former student at Marjory Stoneman Douglas High School in Florida. The Broward County sheriff said the suspect, who is in police custody, had an assault rifle and several magazines.

On Feb. 5, a student at Oxon Hill High School in Maryland was shot in the parking lot. Two other teenagers were charged.

Two students from Marshall County High School in Kentucky died after being shot Jan. 23. The suspect has been charged with two counts of murder.

A day before that, one person was injured when shots were fired inside the cafeteria at Italy High School in Texas. A 16-year-old suspect was charged with aggravated assault.

And on Jan. 20, a college football player was killed during a fraternity event at Wake Forest University in North Carolina.

Following Wednesday's Florida shooting, President Donald Trump tweeted, "No child, teacher or anyone else should ever feel unsafe in an American school." That being said, there has yet to be much forward momentum in refining or strengthening gun laws in the U.S.