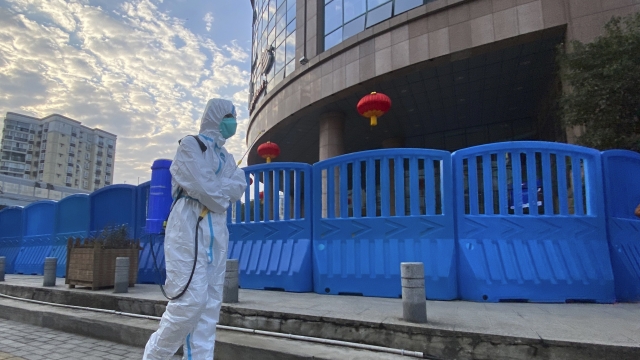 It was two years ago when patients in Wuhan, China, first began experiencing strange respiratory symptoms. Few knew it would be the start of a global pandemic.

When we first heard whispers of a mysterious virus identified in China, U.S. health officials were keeping their eyes on it but weren't too concerned.

Information was limited, but the case count around the world quickly grew. Then in January 2020, the virus officially made its way to the U.S. We saw shortages on everything from masks to the infamous toilet paper flying off the shelves. The nation had never had to grapple with something like this in recent history.

The fear and panic set in for not only everyday people but for health care workers who weren't sure if they would pick up the highly transmissible virus every time they went into work.

Early on, leaders at the state and federal level tried to predict what to do to prevent the spread of a disease we knew very little about. Still, hospitals quickly filled up.

For two years, cases, deaths and hospitalizations rose across the country in waves and hit multiple peaks. Then a breakthrough in medical technology formulated not only one vaccine, but three.

However, hospitals are now experiencing yet another peak, overwhelmed with mostly unvaccinated patients.

While we have learned so much over the past two years — from not knowing what COVID was to having accessible testing and vaccines — there is still a lot more to learn.