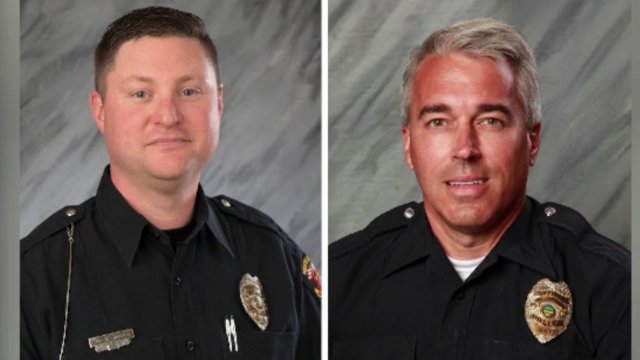 Two Ohio police officers were shot and killed Saturday while responding to a suspected domestic violence call near Columbus.

The woman who made the initial call to 911 called back after the officers were shot. She said her husband shot them and she was hiding in the bushes. One of the officers died at the scene. The other died at the hospital.

The Westerville Police Department asked for donations for the officers' families. It said officers Anthony Morelli and Eric Joering were two of its best.

According to the Officer Down Memorial Page, 15 law enforcement officers have died in the line of duty so far this year. That includes one death from a 9/11-related illness.