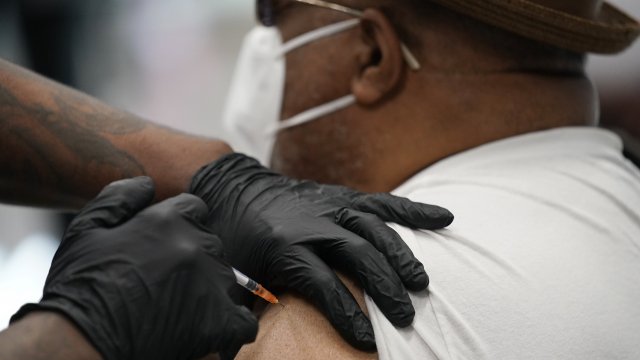 The study also found it in other parts of the Northeast.

Something scientists want you to keep in mind is outside experts have not reviewed either study.

"The science around this is just less established compared to other variants like the U.K. variant," said New York City's health commissioner, Dr. David Chokshi. "These new studies, while they are important ... remain quite exploratory with respect to the real world effects."

Dr. Anthony Fauci says the variant found in New York is concerning. But ultimately getting the vaccine is the key to stopping the spread.

"It's something you really want to pay attention to because it has some worrisome mutations in it," Fauci said. "That's the reason why keep doing the public health measures, and get as many people vaccinated as you possibly can. Everything you throw at us about a mutant is going to be countered by getting people vaccinated."