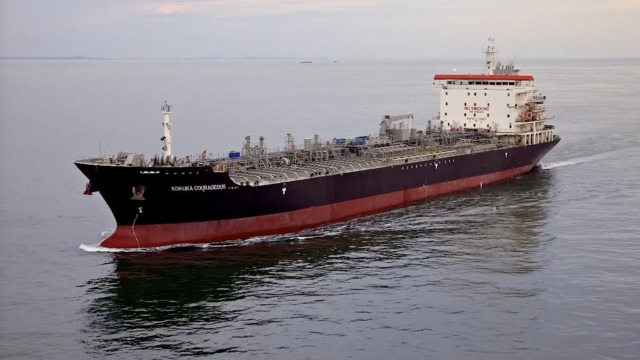 Two oil tankers have been evacuated after they were reportedly attacked in the Gulf of Oman off the coast of Iran.

The U.S. Navy said in a statement its forces in the area received two distress calls early Thursday morning and sent a guided missile destroyer to assist.

The Navy didn't provide further details on what it described as a "reported attack." But the management companies for the two vessels were able to shed more light on the incident.

International Tanker Management said in a statement a fire and an explosion were confirmed on the Front Altair. A spokesperson told NBC all 23 crew members were picked up by a nearby tanker.

According to a statement from Bernhard Schulte Ship management, the Kokuka Courageous suffered damage to its hull. The 21-person crew was forced to abandon ship and was quickly rescued by lifeboat.

The circumstances surrounding the reported attack are still unclear. But it took place near the Strait of Hormuz, which is a key chokepoint for the worldwide oil trade.

After the suspected attack, global oil prices surged. One expert told CBS the jump was likely connected to higher tensions in the area and the fear of more attacks rather than the impact on oil supplies.

Last month, four commercial ships from different countries were damaged in the same waterway. U.S. authorities blamed that attack on Iran, but the country has denied any involvement.