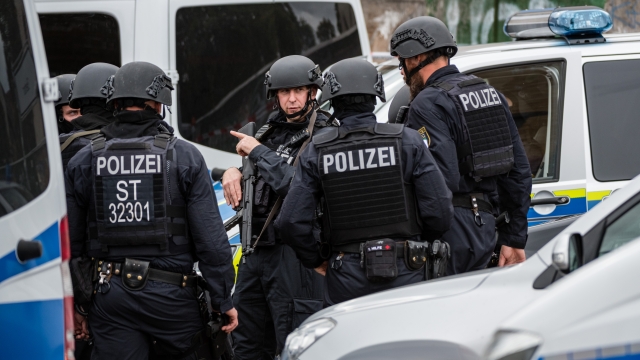 Two people were killed and several others were injured after a gunman opened fire outside of a synagogue in Germany on Wednesday.

Authorities said the shooting occurred after the suspect failed to enter the synagogue in the eastern German city of Halle. Around 70-80 people had gathered in the synagogue to celebrate Yom Kippur, the holiest day on the Jewish calendar. Police say the man could not shoot open the synagogue's doors, so he opened fire outside, killing one person near the synagogue and another in a nearby kebab shop. The suspect was arrested after fleeing the scene.

Parts of the attack were live-streamed on Twitch prior to the suspect's arrest. In the video, the attacker claims the Holocaust "never happened" and says the root of some of the world's problems "is the Jew."

The method of the attack was strikingly similar to the shootings at two mosques in Christchurch, New Zealand, earlier this year. The Christchurch attacker also broadcast the attack on social media.

German Chancellor Angela Merkel expressed "her deep condolences to the families of the victims" of the attack before attending a vigil in a Berlin synagogue later in the day. German Foreign Minister Heiko Maas also expressed his condolences, saying, "We have to fight against anti-Semitism in our country." U.N. Secretary-General António Guterres called the shooting "yet another tragic demonstration of anti-Semitism ... which needs to be fought with the utmost determination." Israeli Prime Minister Benjamin Netanyahu also condemned the attack as "another manifestation of the anti-Semitism in Europe."