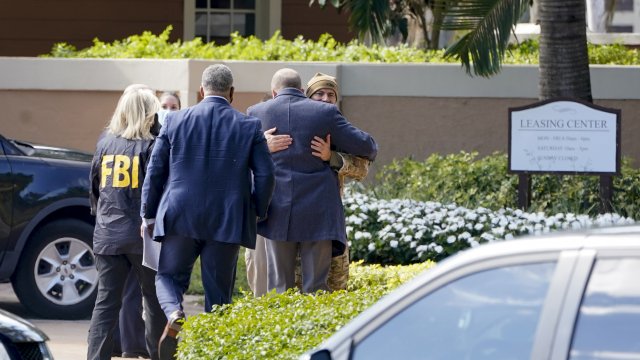 In one of the more deadly incidents in the FBI's long history, two agents were killed and three were wounded while conducting a search warrant in Sunrise, Florida, a few miles outside of Ft. Lauderdale.

The FBI's press office tells Newsy the search was in connection with “violent crimes against children.”

In a statement, the FBI Agents Association said the agents were there “to seize evidence in connection with suspected possession of child pornography.”

The suspect was killed during the incident. No identity has been released yet.

At approximately 6 a.m. on Tuesday, the suspect barricaded in the home where the search warrant was set to take place, resulting in a stand-off and a shootout between the officers and the suspect. The suspect reportedly shot himself during the incident.

FBI Director Christopher Wray said the agents "exemplified heroism today in defense of their country. The FBI will always honor their ultimate sacrifice and will be forever grateful for their bravery."

The acting attorney general, Monty Wilkinson, also offered condolences, saying, "On this dark day, we pay tribute to the brave men and women of the FBI who put their lives on the line every day in support of our mission."

The last time someone from the FBI was killed while carrying out a search warrant was back in 2008. And the bureau hasn't lost multiple officers to one investigation since 1994.