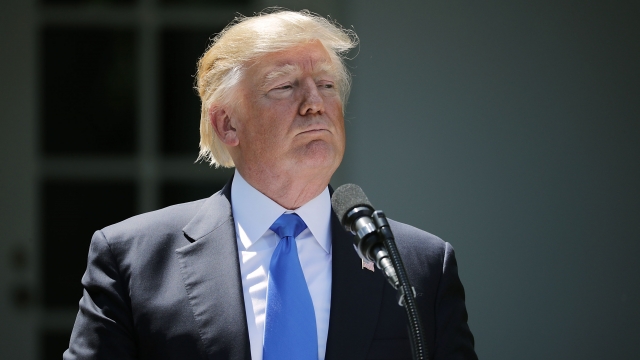 The attorneys general from Maryland and Washington, D.C., have filed a "major lawsuit" against President Donald Trump.

The suit accuses Trump of violating the Constitution by letting his businesses accept payments from foreign governments.

And dozens of Democratic lawmakers have promised to sue Trump for maintaining some of his business ties while in office.

But this new lawsuit centers on Trump's decision to maintain ownership of his company after becoming president.

In January, Trump handed his business over to his sons, Donald Trump Jr. and Eric Trump. He used a financial trust to try to avoid conflicts of interest, but the president maintains his ownership.

For example, Eric Trump has said he will continue to give his father regular updates about the company while he's in office.

And the Trump Organization promised to donate any foreign government payments. But last month, the company said it couldn't really track them all down.

If Frosh and Racine can proceed with the lawsuit, they told The Washington Post they plan to ask for Trump's personal tax returns.